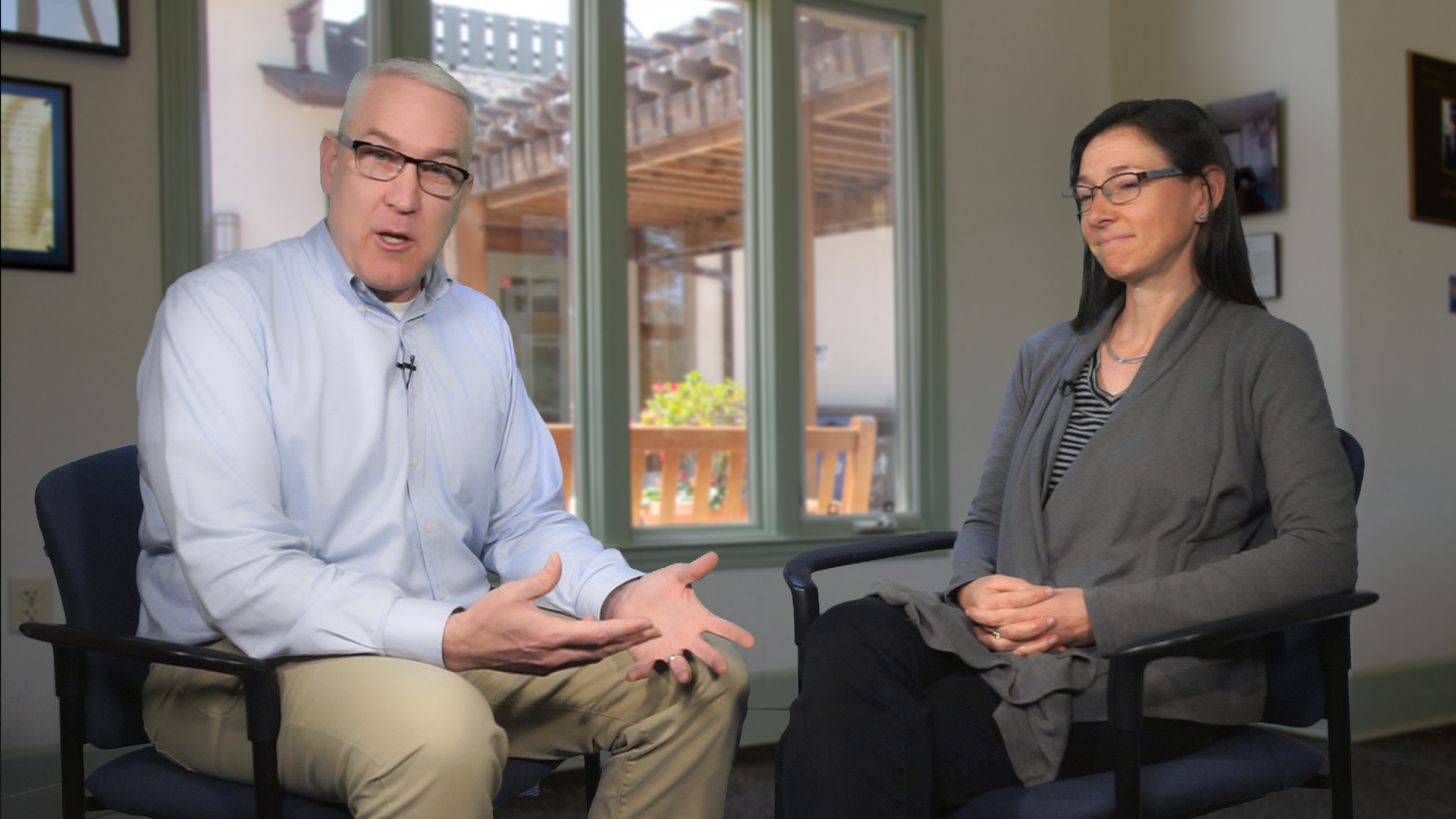 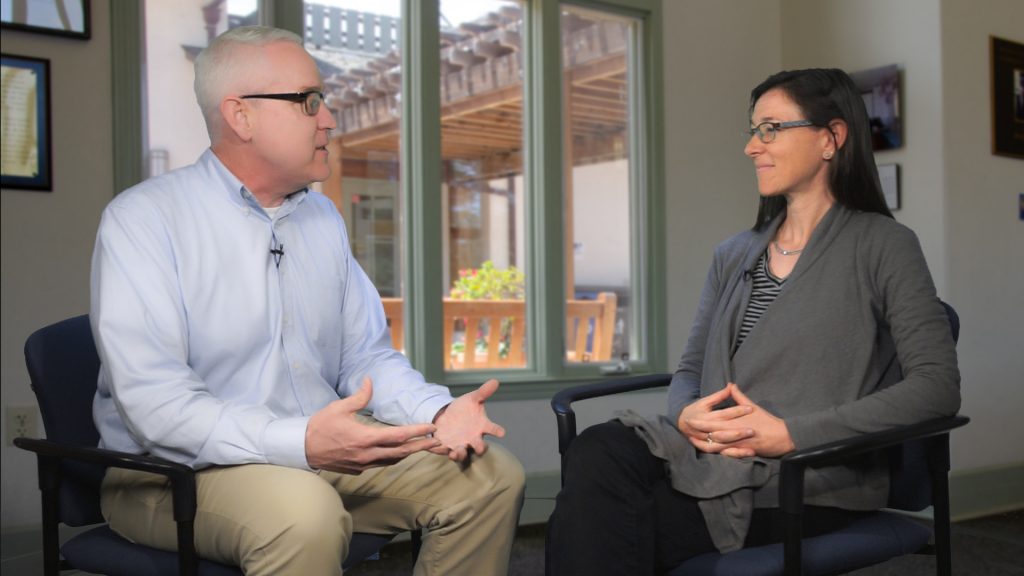 I recently expanded the size of the green screen corner of the small studio in McGowan. This allowed just enough cover to have two guests on camera for an interview piece using chromakey technique to fill in the background in editing (or post-production).

Barry Olsen is interviewing Laura Burian about careers as an interpreter.

I decided to use the studio because going on location can be problematic with moving equipment, crowd control and noise. Many locations would work really well visually, but it’s very difficult to ask everyone nearby to stop talking or walk around the shot, let alone waiting for firetrucks and jet planes which are very common here in Monterey.

This is a two camera shoot; a two-shot from the side locked down on Barry and Laura, and a shot of Laura located somewhat over Barry’s shoulder. 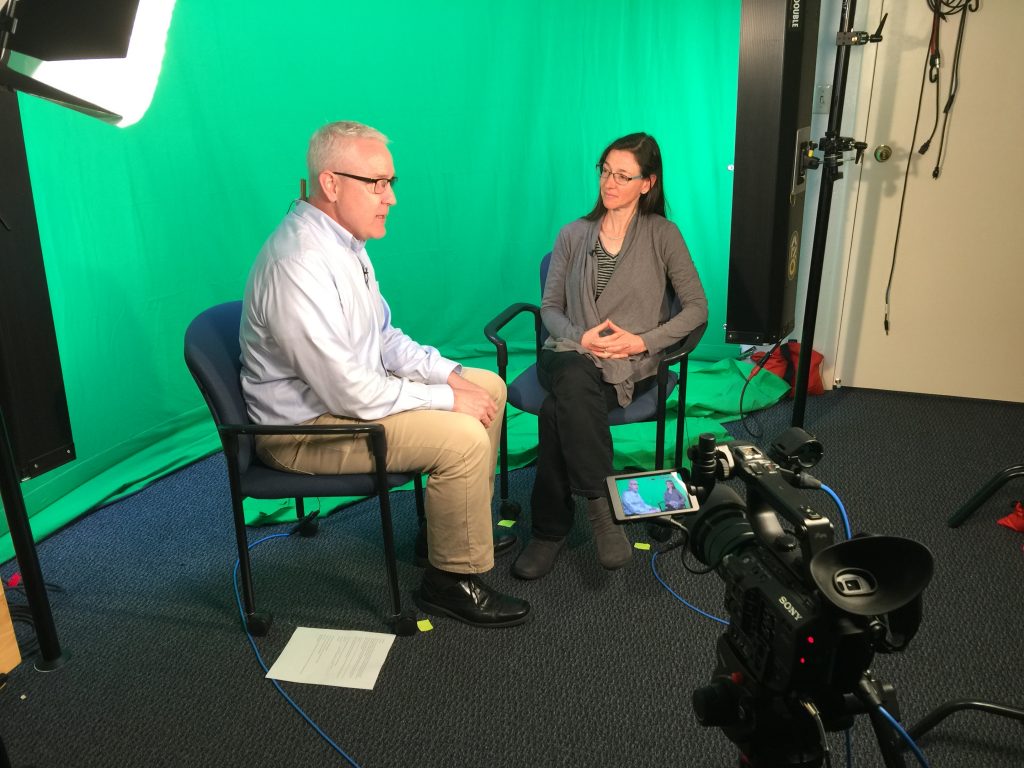 The big issue here is making sure the green fabric covers the background of the entire shot and that it’s evenly lit. The smooth lighting on the green cyc is from three 4′ banks of 2 tube Kino-Flo fluorescent lights.

I also have to make note of just where the cameras are located from the guest chairs and how high they are off the floor. This is because when you go find a background (which I shoot with a still camera) you need to match the angles and composition of the original video session, otherwise the illusion won’t work.

You can also create a graphics background in Photoshop or Illustrator which helps with those issues. One thing to keep in mind, however, is that in order to keep things looking authentic, you’ll need two backgrounds to drop in, one for each camera angle.

I went to the location I had in mind for this shoot (the Samson Reading Room) and took a series of still images that mimicked the studio camera locations pretty closely. 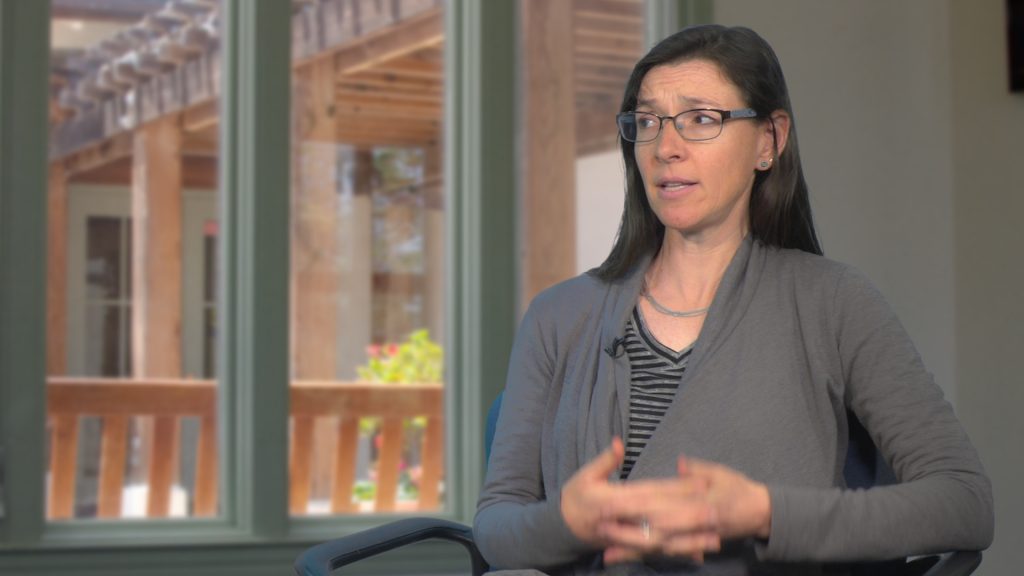 Here is a look at the finished product: